Faith, Medicine & Choice at the End of Life 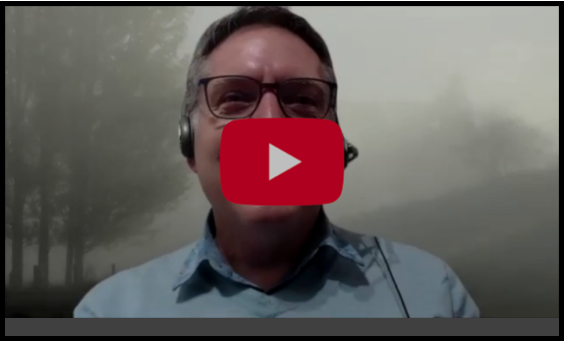 More than 40 people attended CMFnz’s most recent webinar, which provided some wonderful insights into “Faith, Medicine and Choices at the End of Life”. We were joined by three guest speakers, Dr Amanda Landers (palliative care specialist), Dr David Tripp (general physician and intensivist) and Dr Wendy Pattemore (palliative care specialist). The session was chaired by Dr Steve Withington and addressed three key areas: general issues around end of life care, COVID-19 and the issues it raises around end of life care, and the End of Life Choice Act referendum.

Dr Landers and Dr Pattemore began by describing palliative care and its role in caring for people at the end of life. They explained that palliative care is able to meet people “where they are” by providing time to listen and pause. Dr Landers emphasized that although death has been medicalized in society and may be seen as a “failure” in some parts of medicine, it is seen as “normal” and not a failure in palliative care.

When it comes to making choices about end of life care, the key is identifying the goal of treatment or care for the patient and in some situations, the family. This requires effective communication in which the physician does not impose their own desires or wishes on the patient, but takes time to listen and hear what is important for the patient and what they really want. It also means acknowledging the suffering of those observing, especially as this may be expressed as fear of their loved one suffering. If the family are making decisions on behalf of the patient (for example, if the patient does not have competency to make decisions) then it may help to ask “What would your Mum [or Dad] want?” rather than “what do you want?” Dr Tripp went on to say that it is important to pause and consider what is driving the “treatment treadmill” and how each investigation or treatment strategy will change management.

So what does it mean to be a faithful Christian doctor in the end of life conversation?

Personally, it may be having certainty about God’s love providing sustenance through every season of life. And practically, it may mean taking a spiritual history (for example, “what is it that brings you joy?” “What brings you meaning?” “What are your sources of hope?” “Do you have a faith or belief system?”) and/or acknowledging the value of suffering and the importance of the conclusion of life with your patient. As Dr Pattemore explained, “some people say [death] is the ‘end of life’ but I see it as a ‘conclusion of life’. And sometimes you have to get to the end of the book to get the juicy pieces”.

COVID-19 and issues around end of life care

Dr Tripp acknowledged that COVID-19 has exposed a tremendous amount of fear and anxiety. He reminded us that if New Zealand were the United Kingdom then approximately 4000 people would have died from COVID-19. He went on to highlight the dichotomy of caring for those who were dying without the presence of their loved ones during the lockdown, and the irony of sacrificing the economy for our people only to have the End of Life Choice Act on our doorstep. He emphasised the value of caring for our patients (as epitomized by staff who moved in to support residents at a dementia rest home care facility in Dunedin) compared to the lonely portrayal of euthanasia.

Our guest speakers expressed concern about the public’s general lack of knowledge and understanding of the upcoming End of Life Choice Act Referendum. They acknowledged the following issues:

Our guest speakers went onto address the concerns they had about the way the Act has been written and its safeguards. They highlighted the following issues:

Despite concerns about the End of Life Choice Act and referendum we can continue to trust God and hope. As Angela Huor, an attendee at the CMFnz webinar, commented:

"Suffering and death has a completely different meaning in the light of the cross and an eternal perspective. The idea of bringing restoration into something perceived to be so broken/hopeless (that is, the dying process) is so countercultural and nonsensical that ... it's perhaps where light shines the brightest."